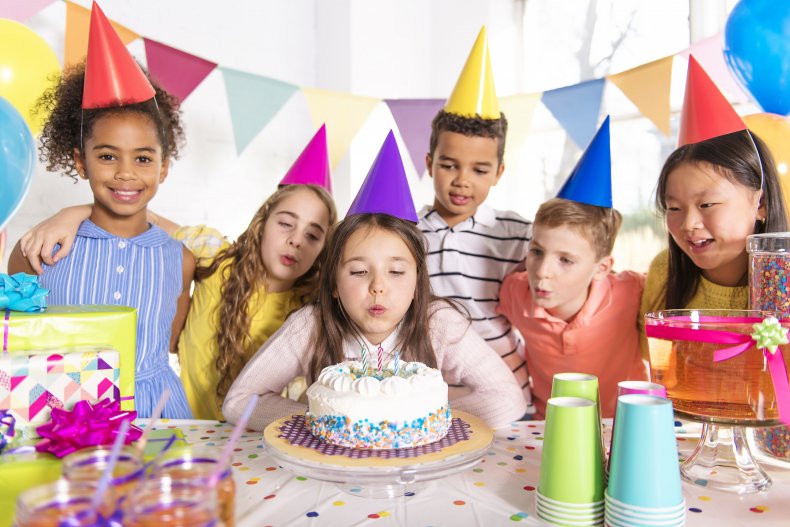 Is it wrong to ban gifts at your child’s birthday party? One mother who posed the question regarding her kid’s birthday bash has left users on Mumsnet divided, with several saying it’s a “mean” move that would create a “sad” situation for the “poor child.”

In an AIBU (Am I Being Unreasonable) post titled “AIBU to have a no gift policy for my DC’s third birthday?,” user dillydally24 explained: “My DC [dear child] is having a third birthday party which 25 other children will attend. Is it ok to ask that no gifts be given by the other children? My DC will be given a couple of significant presents by me and my DH [dear husband].

“I find the flood of gifts for birthdays and Xmas these days completely overwhelming and I don’t want it to become the norm for my DC. We already have so much,” the user said in the post, which received at least 170 comments at the time of writing.

The user doesn’t think her child will “feel hard done” by receiving two gifts only from his parents, “but maybe that’s wrong.” The mother added: “It just doesn’t sit right with me. We don’t need loads more stuff.”

When it comes to giving gifts to children, less may be more beneficial for your kid. According to a February 2018 study by researchers at Ohio’s University of Toledo published in the journal Infant Behavior and Development, “an abundance of toys present reduced quality of toddlers’ play,” while “fewer toys at once may help toddlers to focus better and play more creatively.”

David Palmiter, a board-certified clinical psychologist, told Newsweek in November 2021: “I don’t believe our science can tell us X number of gifts is adaptive and Y number is problematic,” explaining that “one-on-one time with a parent is much more desirable to most young children than the latest and hottest toy or gadget.”

Several mothers in the latest AIBU post have criticized the notion of a “no gifts” policy, saying it would make guests feel “awkward” and “uncomfortable.”

MissMaple82 wrote: “I feel very very sorry for your poor child, what a miserable life he will likely have.”

AllPlayedOut said: “I think it’s mean and will make people feel uncomfortable…let him enjoy his birthday and the gifts.”

InDubiousBattle agreed that it feels “a bit mean for the birthday child,” adding “it’s a social norm to bring something to a party.” So some guests may bring gifts anyway, as it “feels rude to turn up empty handed,” and those who didn’t will then “feel rotten,” the user said.

User minuette1 agreed, saying the policy feels “quite mean” and would make those who arrive without gifts “feel a bit awkward.”

SleepingStandingUp wrote: “I think part of the magic of parties and birthdays at that age is having a little pile of presents to open, not just two carefully chosen gifts from Mom.”

User JudgeRindersMinder said it also takes away the joy of giving gifts from children. “The other side of this is how excited children are to give a gift, it’s not actually all about the receiving.”

Lazypuppy explained: “It’s not about you but your child” and how the kid would feel “when all their other friends get presents on their birthdays.”

The user added: “What about when they are invited to other parties and you take a present and he’ll wonder why he didn’t get any?”

Mouldyfeet agreed, noting that a no gifts policy “would make your child feel very sad tbh [to be honest]. It really isn’t about you.”

Some have supported having a no gifts policy, such as user loafandleaf who said: “I don’t see a problem with that to be honest! I’d ask the same, it’s not as if there won’t be any gifts whatsoever just not from friends. Them attending the party would be the gift I guess.”

Fupoffyagrasshole agreed: “I do always request no gifts! Our flat is absolutely stuffed!!!,” adding that “all this gift giving is just pet of why the planet is so f***ed all the plastic sh**e being purchased to give on birthdays and Christmas.”

The user also noted: “When we have a party for my child though we go small!…the more people who come, the more likely you are setting yourself up for gifts even if you don’t want any.”

PeekAtYou suggested the same, writing: “If you don’t want lots of gifts then have a smaller celebration next time.”

Some suggested keeping a few gifts and donating the rest, as noted by Mally100 who said: “We did this for ds 2nd birthday. He received so much, and some were duplicated as well.

“I agree with you that there’s just too much stuff, so give away whatever is excess and it will always be appreciated somewhere,” Mally100 said.

The original poster agreed that donating is “not a bad idea,” adding “I’d have to donate a bit further from home as I wouldn’t want the parents to see them in the local charity shop.”

Proudboomer also noted: “But if your child is given a gift it is not yours to give away. If he already has a lot of stuff then go through what he has with him and see if he wants to donate some he no longer plays with.”